Book Reading – Titi Horsfall’s Influence of a King and From an Orphan to a Queen; Esther

Titi Horsfall’s Influence of a King and From an Orphan to a Queen; Esther

Guests from all works of life; lovers of arts and literature, writers, corporate professionals, businessmen and women, the academia, and distinguished members of the press were treated to a unique literary evening on Saturday, March 5, 2016. Venue was strategically chosen – one of Africa’s best arts and culture center –Terra Kulture.

Organised by the Association of Nigerian Authors (ANA) Lagos State Branch, in conjunction with Terra Kulture, the event was the Book Reading of Titi Horsfall’s novels; Influence of a King and From an Orphan to a Queen; Esther. These novels have launched the author into Nigeria’s creative writers’ conclave.

Opening the event with lyrics specially arranged for the Book Reading, Mr. Precious Omuku; a lecturer with the University of Port Harcourt Music Department and his team, led guests in the rendition of the National anthem. With the tone of the evening laid, guests enjoyed more renditions of sonorous classical music.

The Chair Person of the event, Mrs. Koko Kalango CEO, Rainbow Book Club and Project Manager, Port Harcourt World Book Capital 2014, and a stunt advocate and canvasser of literary works, briefly took the audience through her working journey with Titi Horsfall. According to her, she had worked with Titi Horsfall on the UNESCO World Book Capital Project tagged ‘The Walking Book’. Eulogizing Horsfall’s literary works, Kalango enthused that Horsfall exhibits commitment to her literary crafts, stating that Titi is thorough in her work and always ensured all her literary works are researched based.

In her review of Influence of a King, Kalango stated that on the surface, it is a love story between an aristocratic Chad and a lowly girl, Kanyam from the Niger Delta region who had been rejected by her community. Nonetheless, Kalango asserts that looking deeper; the novel is a story about God the King, His love for men, and who rules in the affairs of men. 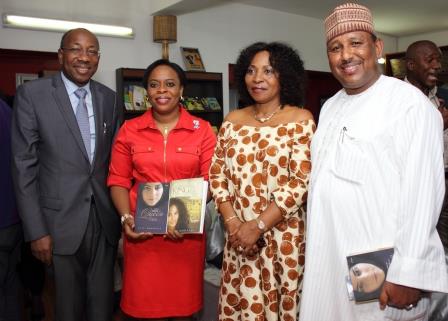 Describing both novels as books of power, passion and purpose, Kalango concludes her address by encouraging guests and lovers of literature to read Horsfall’s novels, stating “Horsfall’s works are great reads that I would encourage, at any time!”

Mr. Femi Onileagbon; Chairman of the Association of Nigerian Authors, Lagos State branch extolled the virtues of Titi Horsfall. In his address he described the author, “as a woman who likes to do things right whenever she is involved in something.” Mr. Onileagbon narrates his experience while reading Horsfall’s latest novel, Influence of a King.  According to him, the message he got was that everyone has a purpose in life, and until such a purpose is fulfilled, the person would not leave the surface of the earth.

“It doesn’t matter if you are confused about that purpose at the age of 50 or 70. Keep at it, and the purpose will be fulfilled, when God needs the purpose to be fulfilled.” He noted that in Horsfall’s novels, certain Christian tenets are enunciated, without someone ‘preaching at him’.

“Reading From an Orphan to a Queen; Esther or Influence of a King lifts you, opens your mind, and allows you to see things the way you have not seen before!”

Closing his address Mr. Onileagbon encouraged writers to keep writing and ‘put out a book today’ in fulfillment of a writer’s life’s purpose.

Moderating the Book Reading session, reviews, and interview was Dr. Andee Iheme; Director, Calabar Study Centre of the National Open University of Nigeria and former National Director, (Training) Nigerian Institute of Public Relations.  Dr. Iheme expertly moderated the reading sessions while intermittently taking guests through the pages of Titi Horsfall’s novels. He described the books as rich in content, written in simple English language; with words that make easy reading for anyone to understand. He praised the superior and excellent print and cover page of both books, saying that its good quality can withstand wear and tear for an appreciable length of time.

Thereafter, Mr. Uche Izuora, a reviewer, and blogger, gave his perspective on the content of both novels.  In a very articulated manner, Izuora took guests through the pages, experiences and imagery on display. He was particularly impressed with the level of detail that Titi Horsfall puts into every scene, making the scenes come alive, and the reader enthralled with a depth in a story that holds one captivated. He says, the writer, spurns romantic expressions and narrations that can only be Titi Horsfall’s.  He notes how the author weaves in Biblical truths that not only portrays her deep understanding of Scripture, but delivers this in a tender manner.

The Book Reading was further eloquently delivered, with tints of drama and comedy.

Ms. Siene Allwell-Brown, one of Nigeria’s finest veteran broadcaster and former General Manager External Relations in the LNG industry, graced the event and added colour with her reading of Influence of a King. She made reference to the use of alliteration in a sentence– desperate depression dragging – an example of Titi’s literary consciousness. 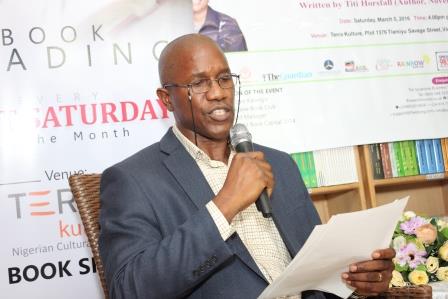 She was particularly pleased with scenes that stirred her childhood memories, use of words that are indigenous, and in certain cases, indicative of the Niger Delta. She praised Horsfall’s commitment to writing; despite having a full schedule as a corporate professional, a wife and mother to her children.

Mrs Kalango read from Influence of a King, and revealed that education played a critical role in the success of Kanyam, the novel’s heroine. She advised that the message on education should be taken seriously.

Mr. Victor Eromosele, CEO of M.E. Consulting Limited, and former Chief Financial Officer in the LNG industry, also read from Influence of a King, projecting his voice in military style as he read a war scene from the novel.

Dr. Kester Osahenye, a writer and MTN’s Channel Manager- Retail, read From an Orphan to a Queen; Esther, stating that few write like Titi Horsfall. He encouraged more people to read, as her works are highly recommendable.

Pastor Tosin Onoyiga, member ANA Ogun State read, From an Orphan to a Queen; Esther, and gave his feedback. As a script writer, he confirmed that the written style of the novel would make any movie producer’s job very easy.  Seeing that the plots and scenes make for captivating viewing, he hopes that both books would be adapted into movies.

Mrs Sola Izuora, General Manager of Sola Wunmi Enterprises Limited, read and gave her views of From an Orphan to a Queen; Esther. She narrated her experience when she first came across the novel. According to her, once the novel is picked, and reading begins, one cannot stop until the very last page. The literary style is so conversational, yet highly literary, and she believes that many the world over, would attest to Horsfall’s writing ability.

Mr. Michael Ikpoki, former Managing Director and CEO of MTN, said he had over the years, praised Titi for keeping up with her writing, despite having a full time job. He recalled flying in from Ghana to attend the launch of her first novel, From an Orphan to a Queen; Esther, and how he stayed awake reading the masterfully crafted novel. He says, knowing Titi, who always seeks to better herself, her new novel Influence of a King promises even much more.

As the event drew to a close, Influence of a King, Horsfall’s newest novel, was unveiled and formally presented. In a toast to two great literary works, in commendation of dedication, commitment and hard work; in appreciation of tastefully delivered works of fiction, From an Orphan to a Queen; Esther and Influence of a King, guest rose at about 7pm for the closing and rendition of the National anthem, networking and refreshments.

Influence of a King spans the globe during a time of harrowing worldwide events – the Great Depression, the droughts of America’s Dust Bowl years, World War II and post war development – and captures the essence of faith, fate, and the power of choices.  Set in England, America, and Nigeria, this sweeping love story delivers an active perspective of tumultuous historic events, as well as the human interplay in interracial harmony and religious identity. 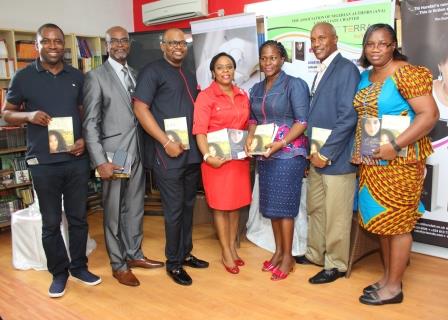 This love story, set during World War II, also underscores the influence and indirect impact British royalty and colonial rule may have had on the lives of the privileged and seemingly unknown individuals in unrecognizable regions of Africa. It points to the complexity and connectivity of the human race.

“Titi is a gifted writer who, with seeming ease, uses elegant prose to bring history to life. She achieved this beautifully with her first book, and has done it again with Influence of a King. In this book, Titi strings together facts in a fictional setting, in a plot spread across three continents, to create a fascinating tale of power, passion, and purpose. Influence of a King reminds us that God is at work in the affairs of men today as He was yesterday and will be tomorrow.”

From an Orphan to a Queen; Esther

“Titi Horsfall, with the novel, From an Orphan to a Queen, has gained a firm position among some of the good and upcoming creative writers emerging in this country.

The novel is the story of Esther the Jewish beauty, an orphan who rose to become the Queen of the Emperor. Soldiers had brutally murdered her parents and made her and other Jews captives. Even in captivity, she held on faithfully trusting the Jewish God as her guiding light and protector, unswervingly. This eventually paid-off in the events and circumstances which singled her out of captivity to become the Empress of the Emperor whose soldiers had captured her and other Jews and made them prisoners of war.

Titi Horsfall with her fictive narrative skill has brought to life and relevance centuries old biblical story to lovers of good literature.

I wish Titi Horsfall a most successful writing career which this her first novel certainly portends.”-    Dr Gabriel Okara; Novelist and Poet 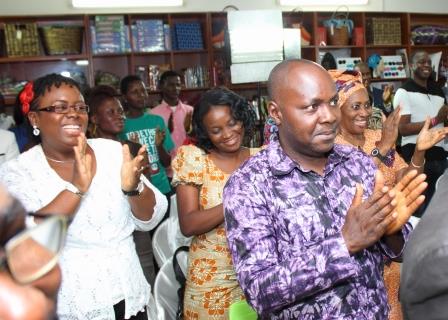 Following several international trainings on writing and communication, a bachelor’s degree in marketing, masters in banking and finance, and an MBA in oil and gas management from the Robert Gordon University, Aberdeen, Titi Horsfall has built a career in corporate communications and is the Head of Government Relations in a global LNG organization. She is also, the acclaimed novelist of Influence of a King, and From an Orphan to a Queen; Esther. Her poetry collection; Reflections is an approved and recommended text in some secondary schools.

She is the African Achievers Awards Honoree, and recipient of the 2016 African Literature Prize. Titi Horsfall is enlisted in the Coat of Many Colours; an anthology of Nigerian authors, received the Deep River Books (DRB) Merit Award, was DRB guest author at the 2013 ICRS in St. Louis Missouri, USA and 2016 ICRS in Cincinnati, Ohio USA. She was a featured author at the 2013 Port Harcourt Book Festival, co-editor of the 2014 UNESCO World Book Capital project: 100 Years around Port Harcourt, and an international author at the London Book Fair 2016.

Known from her youth as a gifted child, for her creativity, enterprise, and dedication to service, she has received other commendations, awards and recognition; including a UNICEF commendation for an NYSC water project, the MD/CEO Business Award in her corporate organization, as well as the 2015 Garden City Advancement Award as role model of the female child.

Titi Horsfall is a wife and mother of three boys, who besides writing, loves traveling and carrying out historical research.